Sony’s future path over the next three years

On May 22, Sony announced its mid-term business plan for the fiscal year 2018 – 2020.  It was disclosed that the company would spend over JPY 1 trillion on capital expenditures, with the focus on the image sensor segment.  The operational revenue, excluding that of financial services, is expected to reach up to JPY 2 trillion.  Sales volume of such profitable products as home entertainment and sound will be maintained constant, and the investment on intellectual property such as animation and music will be increased.

As for the semiconductor segment, the company expects to gain JYP 200 billion in the fiscal year 2020, twice as much as that of the fiscal year 2018.  The concentration is on seizing global market share with image sensors and position & distance measuring systems.  The company, at the same time, plans to generate profit of JPY 20 – 30 billion from smartphone business in the fiscal year 2020.  Sony aims to achieve all of these plans after having successfully completed its FY 2017’s target.

Sony is stepping towards becoming “a highly profitable business” as targeted in the long-range business plan ending in March 2021, announced on May 22.  Traditional business is targeted to be a key factor of the corporate profitability. The segment includes home entertainment & sound, digital cameras, animation and music. The plan is to lay secure foundation for the company to reach high profitability after encountering business problems 20 years ago.

CEO Kenichiro Yoshida highlighted the company’s direction, “Sony’s mission is “KANDO” which, in Sony’s perception, means what connects creators to users.”  This has been the original mission established since Mr. Kazuo Hirai was the President.

Sony plans to make profitability from corporate intellectual property and provide relevant services.  This is because home entertainment & sound, cameras, and other traditional products of the company bear increasing value and generate higher profits than estimated.  Additionally, the investment in semiconductor segment, of which an image sensor is the flagship, will be enhanced in order to stabilize profitability.

It appears that Sony’s approach has not changed much from the original.  Instead, the company has reinforced its foundation, expecting to generate the revenue of up to JYP 2 trillion and seeking to maintain the return on equity level of 10% or more.  The capital stock is targeted at 40%. 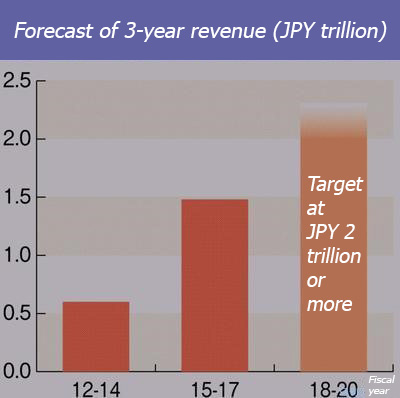 CEO Yoshida mentioned during the meeting, “We will place more emphasis on improving product quality than seeking performance growth.”  In the fiscal year 2017, the company generated revenue of JYP 1,480,200 million, with return on equity and capital stock of 18% and 15.6% respectively.

The essence of this idea is to create a community that brings together creators and customers.  In so doing, Sony will be able to realize constant and sustainable profitability.

Besides, the company positions the segments of home entertainment & sound and cameras as “Branded Hardware”, the crucial bases that generate high revenue without requirements for multi-dimensional investment.

On the other hand, Sony forecasts negative result of approximately JPY 15 billion from smartphone business at the end of fiscal year 2018 or in March 2019.  CEO Yoshida, however, raised the product segment to be a part of Branded Hardware.  He also commented, “Holding integrated smartphone business and relevant supply chains will lead to long-term stability.”  He also wishes to pursue the smartphone business, “Making it a segment with sustainable returns.”  Then he ended, “There is no idea about selling out this business.” 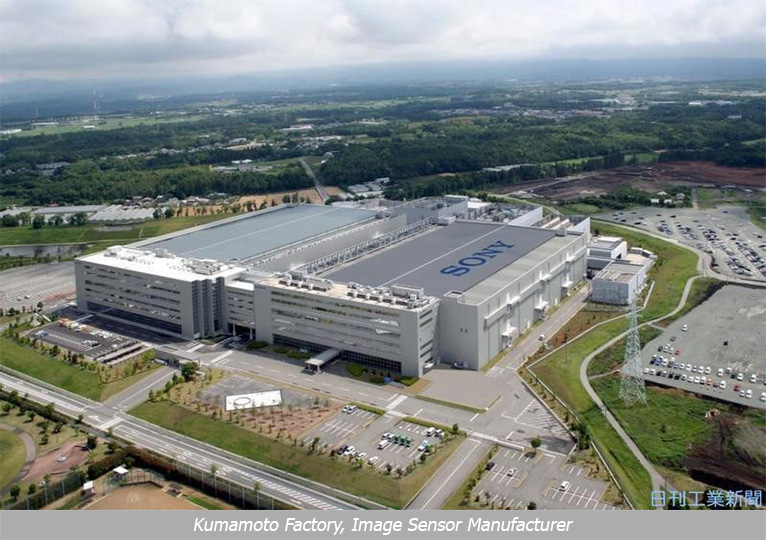 While targeting to increase revenue, Sony also aims at further business, semiconductors, focusing on imaging sensors. The company decided to raise investment fund in this segment, resulting from its projection about the popularity of self-driving car technology after the year 2020.  Sony targets to develop semiconductor business in order to drive the company to be number one in the global market.  CEO Yoshida stated, “The development of this business, especially sensor technologies, will highly contribute to safety of mobility.  This is what we should do for the society and what I wish to make the pillar of corporate contribution to the society from 2020 onwards.”

With regard to other products namely “Aibo” robot dogs and 4K resolution screens, Mr. Hiroki Totoki, CFP of Sony mentioned the company’s later direction, “The products are in the process of being presented to service businesses, and they are currently on demonstration test.”

CEO Yoshida was questioned during the meeting, “Which part in the mid-term business plan is considered your personal preference?”  He replied, “My personal preference was not taken into account during the decision making process.  Our mission does not differ from the original -- still aiming at ‘KANDO’.”  Nevertheless, it was said that to lay a stable foundation prior to further considerable investment is CEO Yoshida’s personal preference. 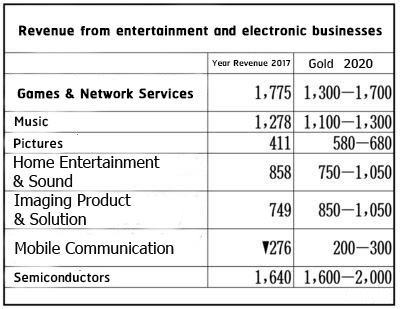 It can be seen from the mid-range plan that Sony will not make more investment in new business, which is totally different compared to the time when the company launched its Seed Acceleration Program (SAP) and robots.

In addition, Sony’s crisis was mentioned during the meeting.  By the emergence of internet had the company’s results propelled to achieve record in 1997, but declined sharply thereafter, resulting in 1997’s not-so-good performance.  From Sony’s view, however, to place too much emphasis only on market maintenance will decelerate market penetration, and that is not Sony’s character.

As for this, CEO Yoshida stated, “We need to act offensively and defensively at the right time.”  This investment in reinforcing corporate foundation is a bridge to future market penetration.  What the outcome is, however, will be seen in the next three years.

How Do the Japanese Train Their Employees to Be More Effective?

Advice on Thai Industries from Chairman and President - IMC Group