European Commission approves €2.9 billion public support for research and innovation in the battery…

Panasonic announces the success of the experiment using a Pa…

Mazda reveals that its 2020 sales reached to 40,000 units, had 5% market share and Mazda2 was the best-selling model.

Digital Transformation Investments to Top $6.8 Trillion Globally as Businesses & Governments Prepare for the Next Normal

65% of the world's GDP set to be digitalized by 2022 and direct digital transformation investments to total $6.8 trillion between 2020 and 2023. That's according to the latest pred…

Orders received in the third quarter of 2020 were 29 per cent down on the same period last year. Orders from within Germany fell by 26 per cent. 30 percent fewer orders were receiv…

Thai and Japanese industrial sectors joining the celebration for the formation of Thai-Japanese Industrial Cooperation Institute and Mr.Chirapan Oulapathorn appointed as its inaugu…

How Nations Invest in Robotics Research 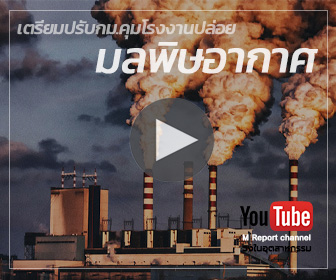 The Federation of Thai Industries has established the Thai-Japanese Industrial Cooperation Institute, to emphasize strategic partnership, strengthening cooperation between the two …

The worldwide smartphone market is forecast to decline 9.5% (YoY) in 2020 with shipments totaling 1.2 billion units.

Samsung and LG Display to stop supplying panels to Huawei

The new JV company will initially build a gas-generation plant and a pipeline in the Eastern Seaboard Industrial Estate (ESIE) to provide its customers with nitrogen.

Orders received by the German machine tool industry in the second quarter of 2020 were 46 per cent down on the same period last year. In the process orders from Germany fell by 36 …

$830 million investment is to increase state-of-the-art technologies and training to its workforce of up to 4,000 employees.

Thai-Nichi Institute of Technology (TNI) as Personnel Producer for the…

More cost-effectiveness in machining production thanks to communicatin…

Panasonic announces the success of the experiment using a Panasonic’s air conditioner, veri…

nanoe™ X is Panasonic’s patent technology to generate hydroxyl radicals contained in water for a long lifespan of approx. 10 minutes and can spread over long distances.

Digital Transformation Investments to Top $6.8 Trillion Globally as Businesses & Governments Prepare for the Next Normal

How Nations Invest in Robotics Research

According to World Bank Thailand, COVID-19 has severely affected the Thai economy, which was already weakening even prior to the global outbreak. While signs of improvement have em…

June 17, 2020 - The Thailand Board of Investment today (BOI) approved five large-scale projects with a total investment value of US$1.35 billion and measures to strengthen the coun…