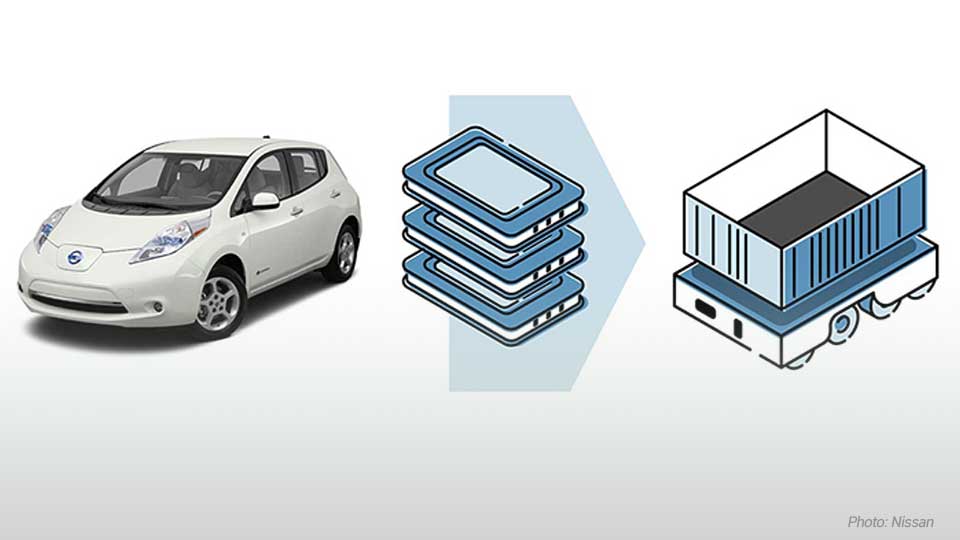 Longer lasting and faster to charge, Nissan’s automated guided vehicles – mobile machines that help workers in factories – are evolving thanks to the second life of Nissan LEAF batteries. 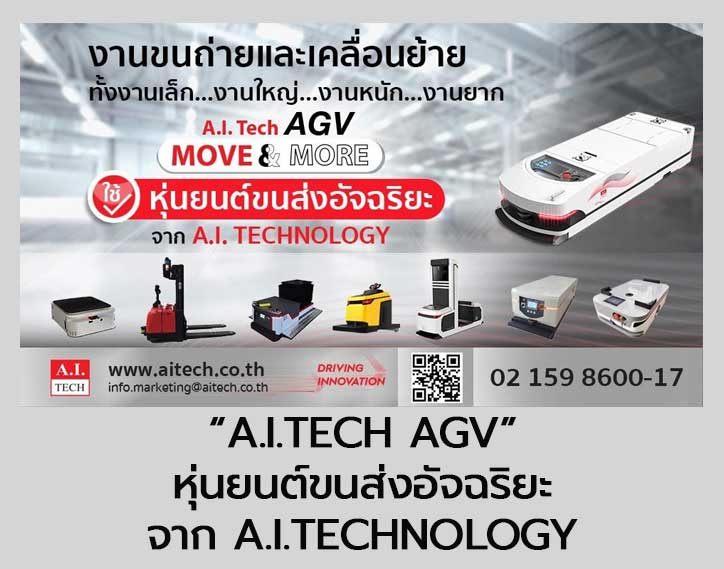 Automated guided vehicles, or AGVs, deliver parts to workers in a car factory. Imagine AGVs as robotic mail carriers, whizzing around magnetic tracks delivering parts when needed as cars are built. This means a worker doesn't waste time searching for a component and can stay focused on installing it. Saving time boosts a plant's efficiency. 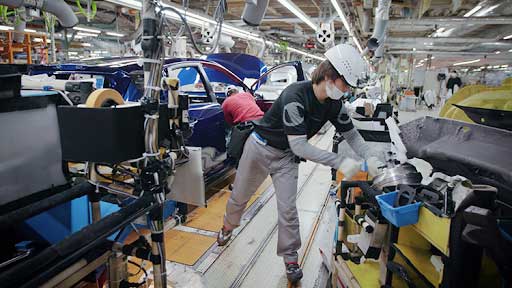 The first-generation LEAF was fitted with a 24-kilowatt-hour battery pack. These lithium-ion packs were made by combining 48 modules. About eight years ago, Nissan's engineers found a way to take three of these modules, repackage them and fit them inside an AGV. Last year, they took this idea to a new level by using repurposed battery modules, instead of new ones, to power AGVs.

Nissan, together with 4R Energy, has been a pioneer in giving batteries from electric vehicles a new life in powering its AGVs – because they were not powerful enough anymore to run a car, but perfect for a machine scooting around the factory. This makes electrification of mobility an even more sustainable proposition.

AGVs with the lithium-ion batteries, new or repurposed, charge faster. Plus, workers no longer need to take out the batteries to plug them in. The AGVs simply stop momentarily at the charging station along their route and incrementally top up at each passing. This automation saves a great deal of time.

"Our customers benefit too. When used EV batteries become more valuable, trade-in prices rise" says Masashi Matsumoto, who promotes the development of AGVs at Nissan's Production Technology Research and Development Center. "With more ways to use batteries, the overall residual value of the LEAF has increased." 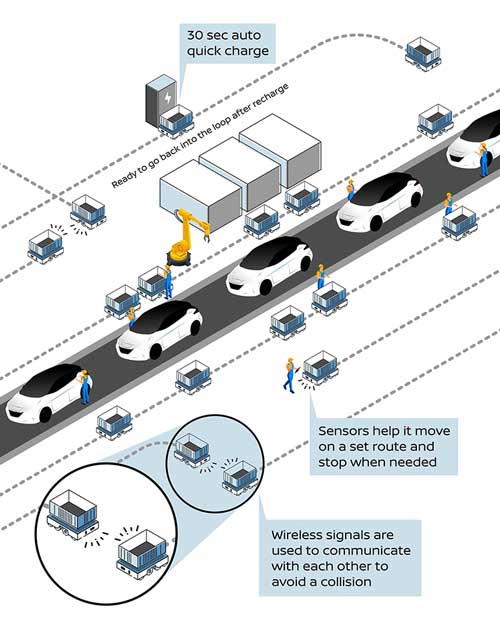 AGVs aren't done evolving. For now, each machine is bound to the magnetic path laid down for it at a factory. Like a train on a track, it can only travel where the tape allows it. Changing these routes – pulling up tape, laying new tracks and updating computer programmes - takes time and money.

But maybe not for much longer. Just like the LEAF's battery allowed AGVs to work longer, developments in autonomous driving could free factory assistants from the magnetic tape. In a far more controlled and predictable environment, the AGVs would need less technology than cars, but could still rely on sensors and algorithms to move around autonomously. Nissan is also researching connected technology to allow AGVs to stay in constant contact with the computer handling their movements.

"Using our unique electric-driven and autonomous driving technologies to improve AGVs will bring major innovation to our factories," says Matsumoto. "The supply of parts in factories is entering the age of electrification and automation."

So as cars continue to evolve, so will the factories making them. 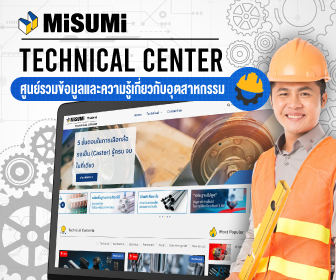